By Dennis Nwokah - April 05, 2020
Glo, the grand master of data, just added a new data plan to its arsenal of cheap data plans. Introducing...*drum roll* the Glo 1.25GB for 200 naira only. Recall that Glo once had a similar plan with same data volume and price that was later discontinued. You can find more details on that here.
You might be wondering if there is a catch to this latest plan from Glo. Because, let's face it, this sounds too good to be true.
Well, there is a catch. But it's not what you think, and its not as bad either. I will let the cat out of the bag in the next paragraph as I talk about how you can activate this plan. 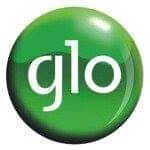 Here is the catch, the Glo 1.2GB for N200 is actually a Sunday plan. Which means it can only be used on a sunday. But according to a Glo customer care representative I spoke with, you can subscribe to the plan on any day but it would be usable only on Sundays.
To subscribe to the Glo Sunday plan just follow the step below
The only restrictions placed on the Sunday plan is the fact that it can only be used on a Sunday. But apart from that, It can be used as a normal data plan to browse and surf the web.
Also, you cannot rollover unused data on this plan. So if you do not exhaust your data, it will automatically expire by 12am Monday morning. If you have any question please leave them in the comments below and I'd be more than happy to reply you.
Data Plan Glo

By Dennis Nwokah - July 13, 2019
Netflix Pro is a modified version of the official Netflix app. With this version, you do not need to sign up or subscribe to the service. All you need is an internet connection and you can start watching your favorite movies for free. Netflix is a service that allows users to stream their favorite movies and TV shows online. It is the worlds leading service for streaming movies on your mobile phone. It has over 247 million video content which includes TV series, movies, TV shows, etc. And usually requires a membership subscription. Users can browse thousands of TV shows and movies within the Netflix app, with new movies and episode of all kinds added regularly. Netflix has over 118 million subscribers and is available in over 190 countries. With the modded version however, you can stream any movie or series for free. Which will save you a lot of money in the long run. Netflix Pro app does not require any registration or subscription. All users need is an internet connection
Read more