How would you like to watch unlimited Hollywood, Nollywood, Zollywood and Bollywood movies on your mobile phone at no cost? Well, that's now possible with the Airtel TV App. 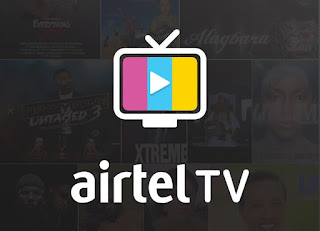 Airtel TV is a mobile streaming App by Airtel Africa, that allows subscribers on the Airtel network to watch unlimited movies, as well as stream their favourite cable TV channels all for free.

What you will need

To start watching your favourite movies for free on Airtel, with the Airtel Tv App, you'd need two things.

How To Use the Airtel TV App

On the next screen you will be shown all your data that will be collected by the app and how they will be used. They include

If you don't mind giving all this data to the App, then click accept.

As an Airtel subscribers you will be able to stream movies on Airtel TV App for 7 days even without data when you first sign up on the app. After the 7 days trial, you will then need to subscribe to an existing Airtel data plan to continue enjoying the service. 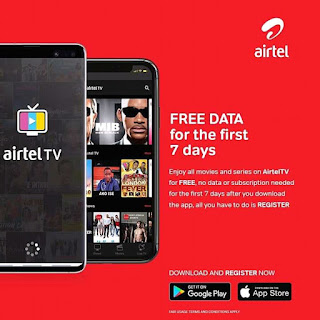 Unlike other streaming services like Netflix, you do not need to pay for a subscription service. The service is free for Airtel customers. All that is required is an Airtel data subscription.

Does Airtel TV Use Data

Yes, Airtel TV uses data to access movies and TV channels. Just like every other online streaming app. But unlike other popular streaming service, the channels and movies are free to watch. ( i.e, no payment is needed except for your data)

Although, if you are using the app for the first time, you might be given free data or access to the app for a limited time, usually within 7 days. After your trial period is over, you will then need data to use the app.

Can I Install Airtel TV On Android TV

Can I Watch Airtel TV On TV

Yes, you will need to use screen mirroring to cast your device screen to your TV.

Here is the steps to follow to cast your Airtel TV to your Tv.

Can I Watch Airtel TV On My PC

Yes, you can access Airtel TV on your PC or Laptop. This is possible because of the introduction of a web version of Airtel TV which can be accessed via the web. To wat

To watch Airtel TV on your PC simply go to Airtel Xstream website and you be able to stream live movies and channels without installing an app.

As an Airtel subscriber, Before accessing the web service, you will be asked to verify your membership via an OTB before you will be allowed access to the content.

There are over 350+ live channels and over 1000 movies on Airtel TV, I won't be able to list all of them but here are some list of TV channels you will find on the app.

- July 13, 2019
Netflix Pro is a modified version of the official Netflix app. With this version, you do not need to sign up or subscribe to the service. All you need is an internet connection and you can start watching your favorite movies for free.

Netflix is a service that allows users to stream their favorite movies and TV shows online. It is the worlds leading service for streaming movies on your mobile phone. It has over 247 million video content which includes TV series, movies, TV shows, etc. And usually requires a membership subscription.

Users can browse thousands of TV shows and movies within the Netflix app, with new movies and episode of all kinds added regularly.
Netflix has over 118 million subscribers and is available in over 190 countries.

With the modded version however, you can stream any movie or series for free. Which will save you a lot of money in the long run. Netflix Pro app does not require any registration or subscription. All users need is an internet connection and you wi…
Read more

A lot of folks experience connection issues yesterday with the http injector. So we have decided to drop this Tweakware config file as well as custom settings so users can continue to browse free with their SIM.

This Tweakware free browsing cheat is kind of similar to the MTN 0.0k but with some few adjustment here and there. And Also, instead of http injector, we will be making use of Tweakware.

In this article, I have shared the Tweakware custom settings, as well as the config file and apk download link. I have also shared how you can create your own config file. So depending on what you are looking for, you can scroll down to that particular section.
Update: It is no longer necessary for you to create a tweakware config file or custom settings. The new update have the settings hard coded into the app. So all you really want to do is to download the latest version here. And just select your preferred cheat by clicking on the button under the server.

For example, if you want to browse fr…
Read more

You can now use the MTN 0.0k with the help of Stark VPN. I have already shared the settings for tweakware. Since the http injector, KPNTunnel Rev, Spark VPN, AnonyTun VPN, XP Psiphon MTN Settings etc. Have all been disconnected. Until we find a better alternative. We can still manage the Stark VPN Custom settings and Tweakware MTN free browsing Cheat.

To use the Stark VPN Custom settings for MTN free browsing Cheat, you don't need airtime or an active data subscription. With zero balance on your phone you will be able to browse the internet for free.

Unlike the recently disconnected http injector and the rest. You don't have to constantly update your config files. Since we will be using the stark VPN custom settings. The Stark VPN also have fewer ads and connects almost immediately.

Requirements For Setting Up Stark VPN These are the minimum requirements you need to get the stark VPN to connect.
An Android PhoneMtn sim with…
Read more